The course of Alzheimer’s disease is unique from person to person, but there are many common symptoms that come along with it no matter who is suffering from it. Some of these symptoms are sometimes chalked up to being age related diseases or physical manifestations of stress, which is why it is often not caught until the worst symptoms present themselves. 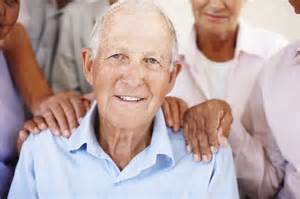 Alzheimer’s disease is a type of disease that is the most common form of dementia. It is incurable, degenerative, and a terminal disease that usually plagues older individuals, usually people over the age of 65. In the year 2006, there were over 26 millions documented cases worldwide. Medical projections state that Alzheimer’s disease will plague over one in eighty five people by the year 2050.

The course of Alzheimer’s disease is unique from person to person, but there are many common symptoms that come along with it no matter who is suffering from it. Some of these symptoms are sometimes chalked up to being age related diseases or physical manifestations of stress, which is why it is often not caught until the worst symptoms present themselves. In the earliest states of the disease, there are often symptoms of memory loss such as the inability to remember prior learned facts. However, to fully diagnose Alzheimer’s disease, one must first have cognitive tests as well as brain scans performed on them. Otherwise, Alzheimer’s disease cannot be fully verified.

During the disease’s progression, other symptoms include confusion, mood swings, irritability, aggression, language breakdown, and long term memory loss. The disease is also degenerative, so it gradually breaks down the ability for the body to perform motility functions as well as organ functioning. Alzheimer’s disease develops for a specific amount of time in each carrier before it becomes fully apparent in the individual. It is noted that fewer than three percent of people that suffer from Alzheimer’s disease live for more than fourteen years once they are diagnosed.

The most frustrating part of Alzheimer’s disease to doctors is that the cause and progression of it is not understood. Some research proves that it is associated with tangles and plaques in the brain, but this is not fully verified. What’s more is that there are no treatments that can delay or halt the progression of these symptoms. However, hundreds of clinical trials are performed yearly to find some answers to this terrible disease.

The best things that can be done for those that are suffering for Alzheimer’s disease is to make sure they have around the clock care. Some people prefer to place their loved ones in a care giving facility such as a retirement home or another type of assisted living environment. This ensures that the people that are suffering from the disease do not have trouble with day to day tasks and have no one to help them with it. Because Alzheimer’s disease can destroy bodily function, sometimes it is also a good idea to have a trained nurse at hand, which most of these assisted living establishments have. This is because trained nurses know what to do when certain organs or bodily functions cease to operate.

Alzheimer’s disease can be a devastating disease for the whole family because a family often has to watch a loved one degenerate before their eyes. For some families, this is too hard to bear, so placing the sufferer in an assisted living situation might be the best thing to do. However, it is not altogether unheard of to keep the Alzheimer’s disease sufferer at their home, as long as care is provided.